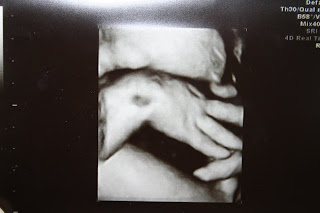 We made it to Dallas! We are all settled in at the Ronald McDonald House and waiting anxiously for Aug. 9th! We are so relieved to be here in case I go into labor early. We met with my new Doctor down here and we also met with the pediatric cardiologist that will be over seeing Ella's echo cardiogram after she is born, we also met the Dr. that will be doing the first procedure (opening the restrictive PFO) and we met the ICU nurse that will be personally caring for Ella. We have also taken a tour of the facility, we should be getting a call from the surgeon today, we have another appt. on the 3rd with my Doctor and a consolation with the surgeon on the 5th. Needless to say it has been busy!!! This time is so difficult, we are 10 days away from little miss Ella entering the world and that FREAKS ME OUT! But I am so ready to meet this sweet baby girl that makes me laugh so much! After all the appt. we have had since being here everything is still on track. She has not improved but she has not gotten worse either! The plan is still to deliver her via c-section the morning of Aug. 9th. At that time every day is a guessing game. If all goes according to plan she will have the first procedure immediately and than 2 to 7 days later her first open heart procedure, followed by about three to four weeks in the hospital to recover. That is the plan but there are so so so so many variations to the plan because every baby is so different and they don't know her exact condition until she is born. One of our biggest prayer requests at this time is for her lungs to develop properly, there is no reason to believe that they have any problems; however, the doctors informed us that proper development of her lungs often times can be the difference of life and death in these babies. After every appt. I am reminded of the severity of her condition and it is scary, but it's at those times of fear that I am also reminded of God's power and how trusting in Him and walking by faith blindly, hard though it may be, is the ONLY way to get through this season. Leaving home was emotional for us, knowing that when we come home, one way or another, our lives will forever be changed. This is never how I imagined life would be, married almost three years to someone incredible, almost 22 years old, getting to have a sweet baby girl,... than surprise the whole world flips upside down and leaves you gasping for air. I have always known we are to trust God with everything and each day is a gift. But knowing and living that truth are two very different things. I find myself thanking God every morning for the gift of Ella for at least one more day, not knowing what tomorrow holds for her, never in my life have I ever daily thanked the Lord for life in its self. I am just coming to the realization that for the rest of the days that God allows me to spend with Ella, her life will be a gift. She will never be "fixed" they can't fix her heart they can only try to make it work the best they know how. She will forever be at risk of having a stroke or her heart giving out because it has to work too hard. I could lose her at any time for the rest of her life and that is a future that without God would be impossible. I know nobody is promised tomorrow, but I think we take life for granted too often. I have given baby Ella to the Lord several times, but somehow in my moments of weakness I seem to want to take her back as if some how I think I could take better care of her. Than I realize how foolish that is and I give her back... I think I will be learning that lesson for a while, God can take far better care of her than I can and she is His anyway!!! Why can't I get that in my head! One of the lessons I have learned by watching Jon through all of this is that even though it hurts and it is scary, if we just trust God's plan for our lives the anxiety is not near as great. We can not control what happens and we can not change what is going to happen so why worry about the future. Instead we should cherish the present! So that is what we are trying our very best to do (Jon is better at that than I am :) ) We are loving this baby girl and no matter the outcome we are so blessed to have had her in our lives! God is good all the time, that is where our hope lies. He can do a miracle!!!!!
Posted by Amy at 2:07 PM 6 comments: 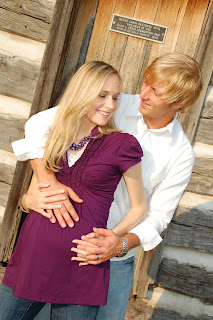